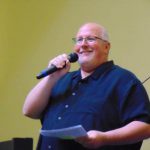 Mike McClintock joined Medina Chorus as Musical Conductor in June 2021.  He is a graduate of Medina High School where he participated in both instrumental and choir programs.  Mike earned his Bachelor of Music Education degree from Bowling Green State University.  Upon his graduation, he received the Mark S. and Helen Kelly Outstanding Future Educator Award.  Michael also received a Master’s Degree in the Art of Teaching from Marygrove College in Detroit, Michigan and a Master’s Degree in School Administration from Ashland University.

Michael has extensive teaching experience in several local school districts in both instrumental and choral music; he currently teaches vocal music in the Highland Local School District.  He serves as the Director of Music Ministries at the Medina United Methodist Church as well as Director of Choirs and Coordinator of Ensembles for the Medina County Fair.  In his spare time, he has been involved as Vocal/Instrumental Music Director for the Medina ShowBiz Company as well as many musicals performed at Medina High School.

He is a proud native son of Medina and still lives in Medina with his wife, Cyndi and their children Abby, Ben, Matt and Mary. 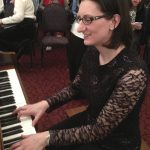 After graduation, she accompanied many vocal and instrumental groups at Capital University, The Ohio State University, and elsewhere throughout the greater Central Ohio area. Cathy currently serves as the organist at the United Church of Christ, Congregational, on Medina’s Square. 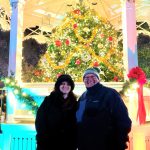